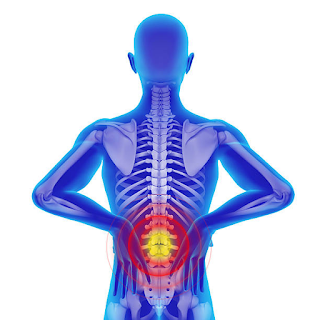 This article is not meant to be taken as medical advice and consulting a physician is of the utmost importance for proper diagnosis! 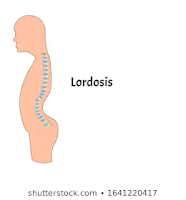 ​What is Lumbar Lordosis (LL)?

Lumbar Lordosis (LL) is an excessive curve of the lumber spine. The lumbar spine does have a natural lordotic curve that is necessary for proper balance and functional movement in conjunction with the other natural curves of the spine. However, Lumbar Lordosis is characterized by an exaggerated frontal curvature accompanied by an anterior (frontal) tilting of the pelvis. This appears as an anterior protrusion of the abdominals creating an excessive prominence of the hindquarters.

How does Lumbar Lordosis occur?

It isn’t easy to identify a specific cause of Lumbar lordosis due to the variety of potential causes, some preventable and some inherent through genetics. First, the genetic conditions that contribute to LL are conditions such as Achondroplasia Discitis or dwarfism, Osteoporosis, and birth defects which all inhibit the patient from assuming correct posture. The next category for LL causation would be negative daily habits and a sedentary lifestyle. A large contribution comes from poor posture held for extended periods of time (work related or unhealthy static postures) and obesity/sedentary lifestyle that causes muscles to work improperly. 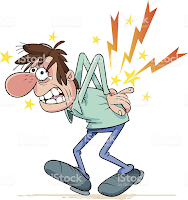 The effects of LL range from some being mild in early onset and others severe stemming from untreated LL. First the mild effects consist of pain or discomfort in the hip joint, groin region, lower back, and hindquarters. If LL is left untreated mild discomforts will evolve into severe conditions such as lumbar disk degeneration (LDC), hip bursitis, and Sacroiliac joint dysfunction. The severe effects also create dysfunctional muscles around the pelvis, abdominal region, and hamstrings. Also, a prominent characteristic of the LL population is "Dominant, overly tight hip flexors and low back muscles" (DAWSON-COOK, 2011).

What to do to prevent Lumbar Lordosis?

Not to be confused these remedies should only be used after physician clearance and asymptomatic of the chronic conditions that LL can lead to. To prevent the mild effects, stretching of tight muscles and strengthening of the weak(under active) muscles is ideal.

Stretching: Focus on hip flexors and lower back muscles (hold each stretch 30-40 seconds repeat two times).
1) Hip Flexor: Start in a kneeling position, step forward with one leg creating roughly a 100-120-degree angle. Next slowly press hips forward toward the lead foot until mild discomfort/stretch is felt and repeat on the opposite side.

2) Low back/Erector Spinae: Start lying in a supine (on back) position and slowly bring knees to the chest. Like assuming an upright fetal position.

Strength Training: Focus should be on strengthening core muscles, pelvic muscles, and hamstrings.

1) Core: Begin with planks, assume a standard push up position with hands under shoulders, feet no wider than shoulder width apart, and maintain a neutral/flat back positioning. If the full plank cannot be maintained modify by starting with elbows under the shoulders and place knees on floor in a kneeling position and complete timed intervals as tolerated. Follow with side planks using the same guidelines with modifications. Start on right/left side with elbow under the shoulder of targeted side with feet stacked or if needed feet slightly split. When in position reach free arm up towards the ceiling and hold the position for timed intervals as tolerated. If locked out legs cannot be maintained knees can be placed on the floor to lessen intensity.

2) Pelvic stability: The first movement is the pelvic bridge, begin by assuming a comfortable position lying on your back with feet flat on the floor shoulder width apart. Once position is assumed slowly raise your hips/bottom off the floor straight towards the ceiling focusing on not over extending hips to keep focus on glute muscles and to eliminate overarching the back. Complete 6-10 slow and controlled repetitions, add sets as tolerated with rest. To add intensity, start with upper back/shoulders and head resting on stability ball to increase stabilization throughout the core.

Next, would be called clam shells which target the glute medius. Begin with lying on your side in a comfortable position. A pillow can be added to support the head. Keep your feet on top of one another throughout the movement with a slightly larger than 90-degree angle in the knees. Also, keep your hips perpendicular to the floor throughout the movement to keep the focus on the glutes. If needed, begin by completing repetitions with back and buttocks against a wall. Complete 6-10 repetitions and add sets as tolerated.

3) Hamstring strength/pelvic stability: Firstly, Heel-on-ball rolls. This movement tackles both hamstring strength and pelvic stabilization. To start assuming a position lying on your back, place heels up on stability ball with hands down at your side. Once a comfortable position is assumed begin by lifting hips off the floor, pushing heels into ball and pulling the ball towards your buttocks. Finishing with heels under the knees and in a slow and controlled manner extend legs back into the starting position with hips off the floor/mat. Complete 6-10 repetitions adding sets as tolerated. If no stability ball is present use sliding foot mats on slick surface.

The spine has natural curves for balance and functional movement however, when the lumbar curve is extended past its natural positioning Lumbar Lordosis becomes present. This extended curve can be caused by inherent genetic properties along with poor posture habits throughout everyday life and sedentary onset of obesity. This condition can cause mild pain/discomfort in the early stages which can be prevented by lifestyle changes and various movement-based interventions. However, left untouched it can develop into severe effects that require surgical intervention. After its all said and done this article is meant to merely inform readers of this condition and not to be taken as medical advice and physician diagnoses/clearance is of the utmost importance!

Could You be Suffering from Lumbar Lordosis? By: Brian Howell       This article is not meant to be taken as medical advice ...